Cooking on Induction in a Van: The Pros and Cons

Cooking on Induction in a Van: The Pros and Cons

Cooking with electric in a van

We get asked regularly how we cook in our van, and you’re often very surprised when we say we have no gas in our van at all. We cook solely on electric with a two burner induction hob connected to our lithium ion battery. We’re here to tell you that cooking on induction in a van is not only possible but it has some great advantages to it as well. 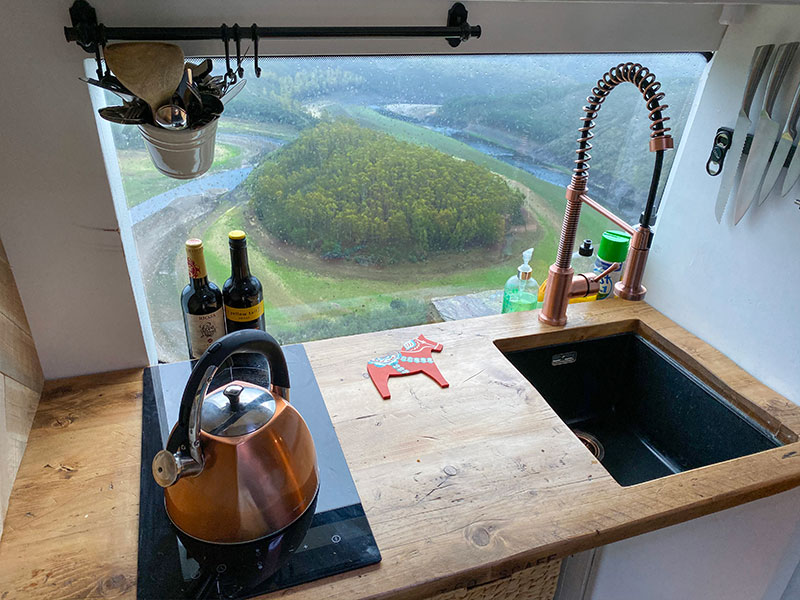 Well, mainly because I’ve heard horror stories of vans blowing up due to issues with gas. Naturally I decided that would absolutely happen to us so we should avoid it at all costs! It’s entirely possible I concentrate on the negative a little too much… lets not get started on the potential bomb disguised as a lithium iron battery we carry on board!

On a slightly more serious note it can be difficult to get LPG on the continent, especially in more remote places in Scandinavia. Add in the need for different connectors in different countries and avoiding gas starts to become an attractive option. We also know a lot more about electrical systems than we do about gas, and there’s nothing like working to your strengths! We decided very early on in our van build that we’d prefer to cook on induction.

Does cooking on induction use loads of power?

Honestly? Yes! We have quite a lot of demands on our battery, not just our hob so keeping enough charge in the battery is a daily task. We top up our battery using solar, charging as we drive or plugging in.

Sadly we don’t live in California or Southern Spain and whilst Britain is known for many things it’s not for its good weather! We’re also big fans of the white stuff and spend the winter following the snow. This often means multiple days without decent solar. But, a year in, including a couple of months in the Arctic in winter and we’d still put induction in our van if we were to do it all again.

Are you currently deciding how to cook in your van conversion? Read on for our pros and cons of cooking on induction in a van. 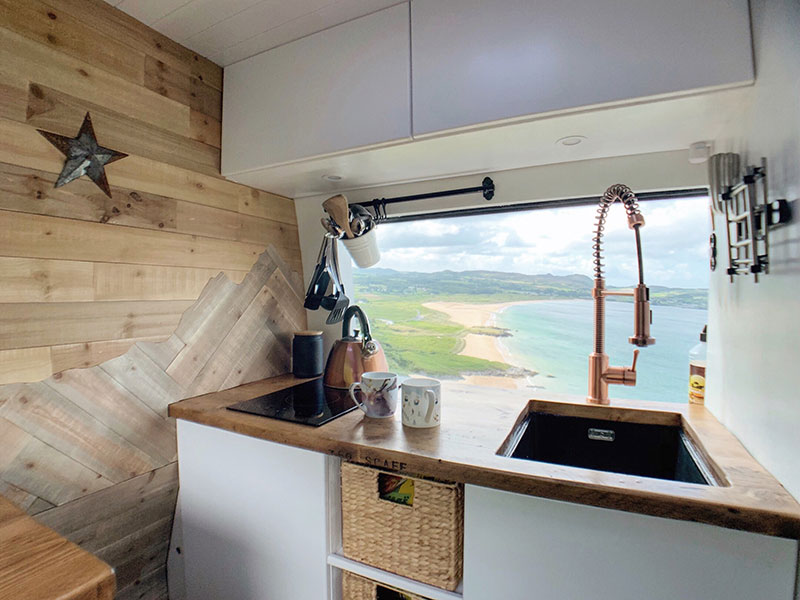 Advantages of Cooking on Induction

The donut shape, base and ventilated lid encourage the heat to circulate just as it would in a conventional oven. It doesn’t work so well on our hob though as heat is created through electrical induction as opposed to thermal conduction, and therefore the heat doesn’t circulate in the same way. We have used it but it’s fairly slow. We keep a Trangia (alcohol) stove in the van for times when we want to use our mini oven. 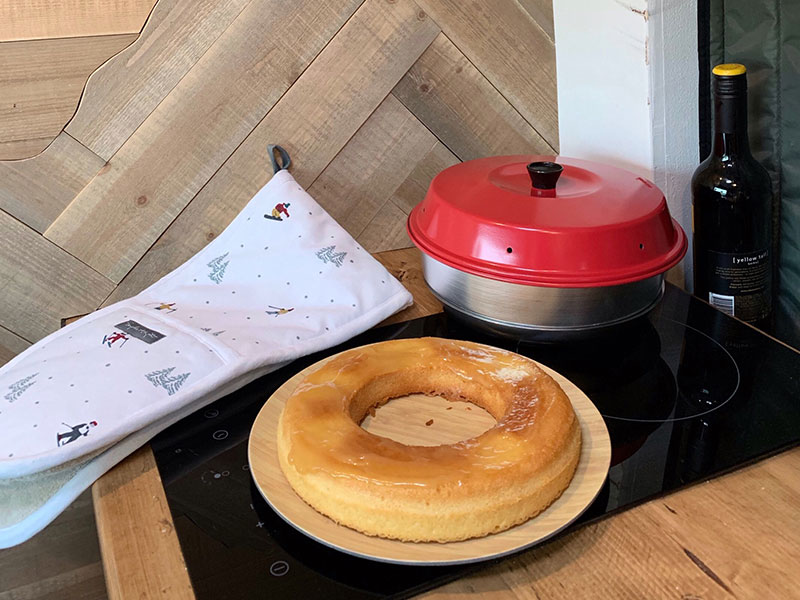 We appreciate cooking on induction isn’t for everyone. Many people automatically dismiss using electric for cooking in their van but it can definitely be done. There’s a lot of advantages to it so don’t rule it out too soon! We’re huge fans and despite the above cons we’ll definitely install induction again if we ever do another van conversion!

If you’re currently planning your own camper van kitchen make sure you check out our full kitchen essentials guide. This covers everything that went in to our tiny yet perfectly functioning kitchen! 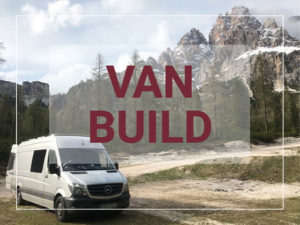 About to embark on your first van build? Congratulations! We know how exciting it is and how eager you can 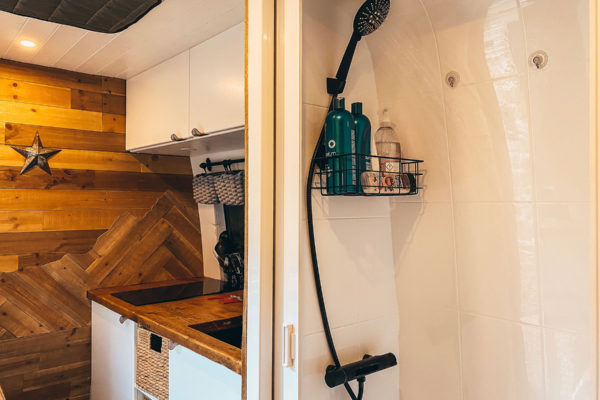 8 Easy Ways to get Hot Water in a Campervan

If you’re anything like me a cold outdoor shower in the middle of winter might not sound very appealing! Luckily, 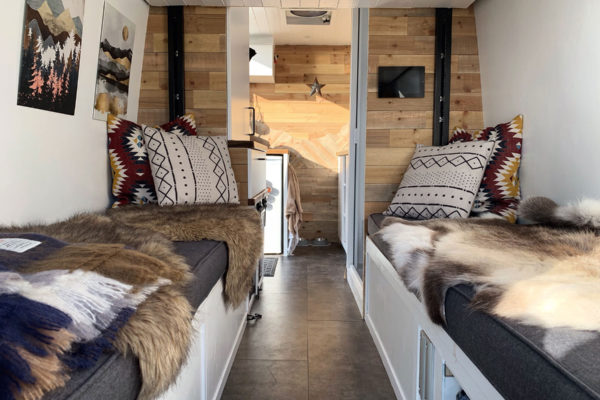 10 Things We Would Change About Our Van Build

22 Comments "Cooking on Induction in a Van: The Pros and Cons"